Drake Question
Use the following article to answer the questions below on the Drake Equation and Exoplanets:
a) PLEASE WRITE THE QUESTION
b) Answer each question in complete sentences. 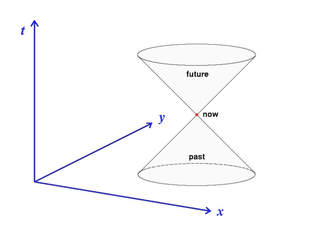 The fundamental theory of physics that deals with time is Einstein’s theory of special relativity.

Every particle traces out a worldline in space-time.  If its velocity is constant, its worldline would be straight.

The worldline of a particle lies within the lightcone, since no particle can travel faster than light.

Time is the fourth dimension 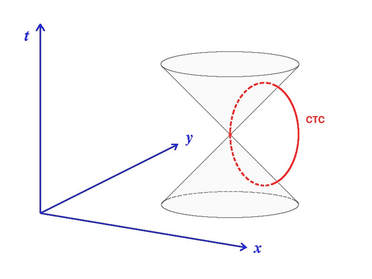 A CTC is a worldline that loops back onto itself.  At some stage, the particle has to travel faster than light.

In special relativity, if one could travel faster than light, one could also go back in time.

But faster-than-light travel is forbidden.

To explain the force of gravity in terms of curvature of space-time, Einstein came up with the theory of general relativity.