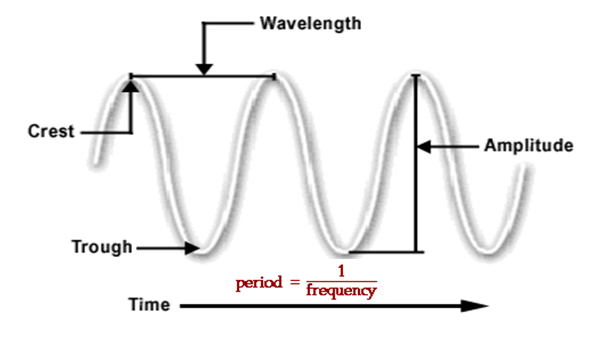 A wave can be described as a disturbance that travels through a medium from one location to another location.

Mechanical waves require a material medium to travel (air, water, ropes). These waves are divided into three different categories.
Electromagnetic waves do not require a medium to travel (light, radio).
Matter waves are produced by electrons and particles.
The distance the wave has traveled between maximums is the wavelength.
The strength of the vibration is the amplitude.
The shortest time that a point takes to return to the initial position (one vibration) is called period, T. 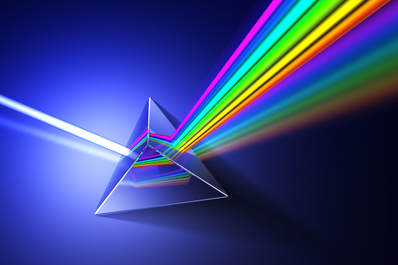 An earthquake is the vibration, sometimes violent, of the Earth's surface that follows a release of energy in the Earth's crust. In the process of breaking, vibrations called "seismic waves" are generated. These waves travel outward from the source of the earthquake along the surface and through the Earth at varying speeds depending on the material through which they move. Some of the vibrations are of high enough frequency to be audible, while others are of very low frequency. These vibrations cause the entire planet to quiver or ring like a bell or tuning fork.

A tsunami is a series of generated waves that occur when an ocean or another body of water is hit on a heavy scale by an earthquake, landslide, volcanic eruption or another dramatic natural occurrence. When featuring smaller amplitudes or wave heights and very long wavelengths, tsunamis generally form a passing hump in the sea and go unnoticed.
Waves Test

Using the link below, complete the attached laboratory:


Using the chart below, (draw in journal) complete the assigned virtual laboratory:


ASSIGNMENT:  Please write in your journal: