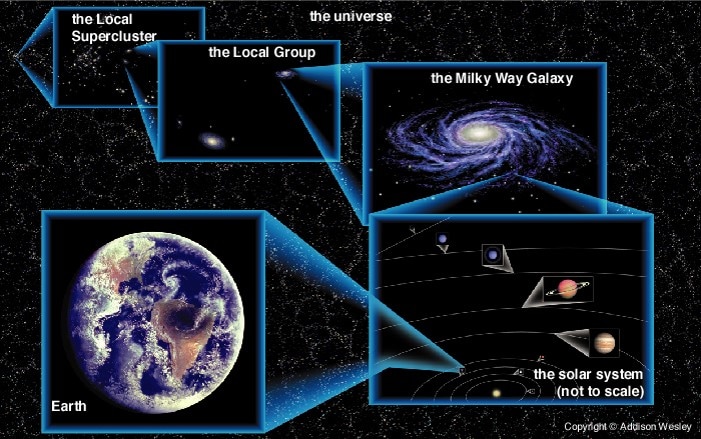 What is a “star cluster”?


What is a “galaxy”?
​
A large group of stars outside of our own Milky Way (Vastly different sizes and luminosities)
TYPES:


What is a Light Year?
It would take 11,780 Earths lined up side to side to bridge the 1 AU between Earth and Sun.

Composed of three (3) Galaxies: Plus a few dozen dwarf galaxies with elliptical or irregular shapes.
Gravitationally bound together—orbiting about a common center of mass
The region of the Galaxy within about 32.6 light-years of the Sun (65 light-years diameter) is considered its neighborhood.

The Local Supercluster
The Universe

The observable Universe is 27 Billion light-years in diameter.
Probably 100 Billion galaxies in the Universe 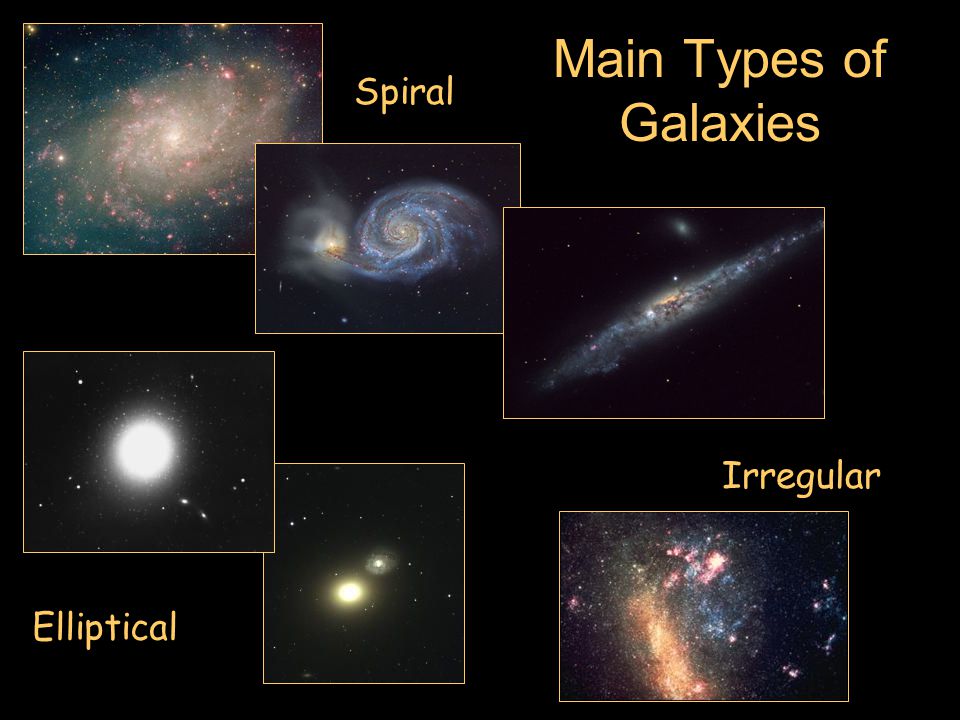 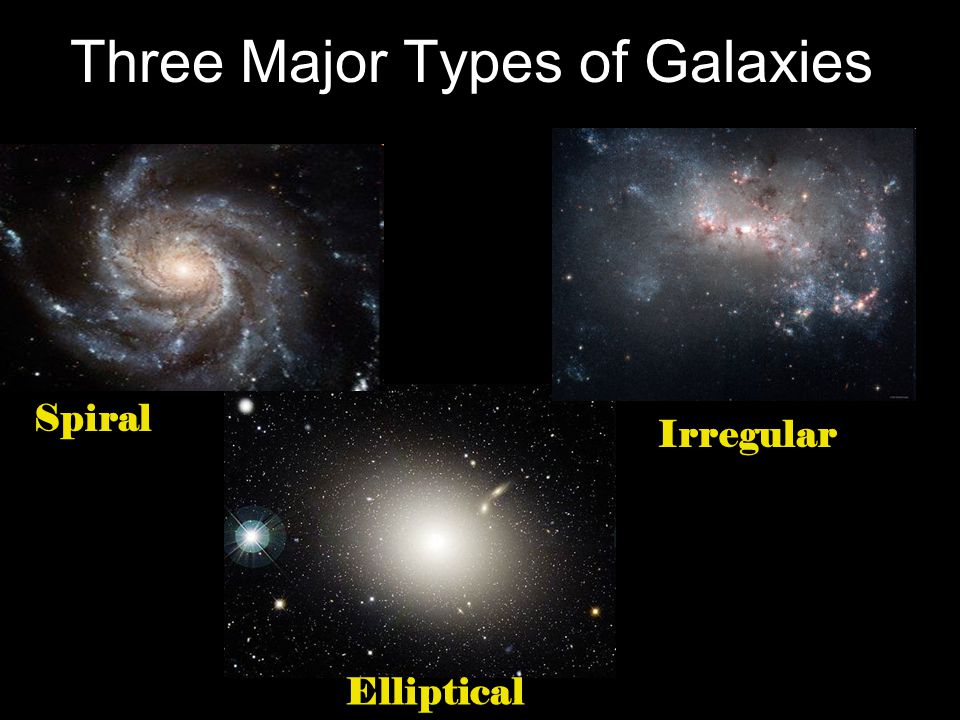 Step 1 - Learn about our Universe

Complete the following questions/worksheet using the "Scale of the Universe" diagram.

Scale of the Universe


Step 2 - Review the Scale of the Universe

Please write the questions and answers using the Scale of the Universe virtual lab and a little research on the internet.

3. What are the three smallest hypothetical objects in the universe?
4. What is the distance from the Earth to the Sun?
5. What is the Voyager I? Where is it right now?
6. How large is a parsec?
7. Calculate the distance that light travels in one year; show your work.
8. How long does it takes light to arrive here from the Sun?
9. Provide a brief description of the Great Attractor.
10. What is the estimated size of the universe?
11. What is Red Shift?